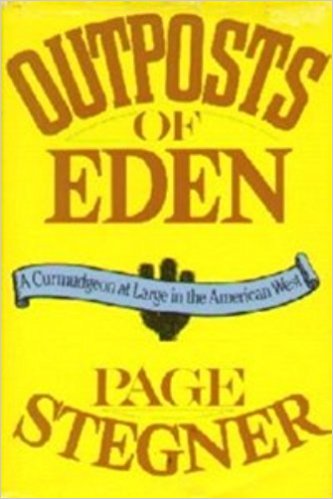 Page Stegner, who knew the Stewarts, was a distinguished and award-winning author with literary interests similar to those of George R. Stewart.  Page wrote about the environment and the West,  books which have become classics, like  American Places, which also included the work of legendary photographer Elliot Porter and Page’s father Wallace Stegner.  He passed away just before Christmas of 2017, in the quintessenial Western town, Reno, about 30 miles away from where this is being written, in Carson City, in the middle of a “March Miracle” of a heavy snowstorm.

Page Stegner wrote fiction and non-fiction, reviewed books for leading magazines, edited some of his father’s work.  He also helped run the Peace Corps in Latin America for a time, took his students on river-runs in the west, and played bluegrass.   Like Stewart, he was a true polymath.

He was also a great help in the writing of the George R. Stewart biography.  When his father was fired at Stanford, the two families often visited each other.  Jack Stewart remembered driving from Berkeley to Palo Alto down the rural two-lane highways of the day (the 1940s and 1950s), to the Stegner hamburger barbeques.  Jack attended Stanford, sometimes visiting the Stegners while he was there.  I wrote his memories into the biography.

Page Stegner was kind enough to answer emailed questions about family visits to the Stewarts in Berkeley.  He gave a good sense of those more formal days, when children of academics did not necessarily eat at the same table with parents and thus did not feel themselves a part of the adult world.

During the research for the George R. Stewart biography, we were able to arrange a reunion between Jack Stewart and Page Stegner.  The original photograph was included in the biography. 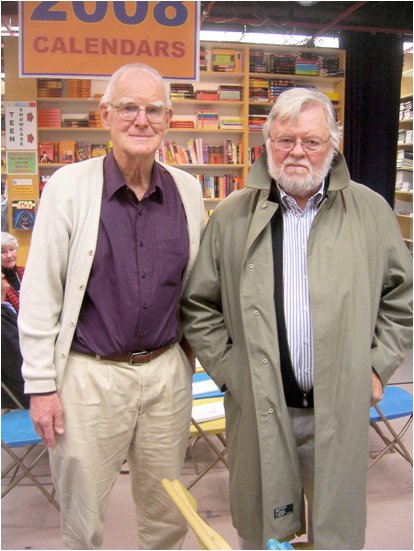 Jack and Page suffered from the same fate – children in the long shadows cast by famous fathers.  Yet, Jack and Page were as accomplished as their fathers – Page through his writing, teaching, and other creative work;  Jack through his brilliant work as the USGS geologist for Nevada, and as the creative geologist assistant to his father on the writing of some of GRS’s novels.

Here’s an Amazon link to the books which Page Stegner wrote, co-wrote, wrote the introductions for, or edited:

It was an honor to know Page Stegner.  I  recommend his books; American Places is one of the best books about this land.

Wolf Willow, for which Page wrote the “Introduction,” has a special meaning to me.  The book, by Wallace Stegner, is about his boyhood in the town of Eastend, Saskatchewan, which he calls “Whitemud” in the book.   Page and other members of the Stegner family were instrumental in helping the town of Eastend, the Province of Saskatchewan, and the nation of Canada, preserve the Stegner House as a Canadian Heritage Site.  The Eastend Arts Council manages the house as both a Memorial and a residence for writers and artists.  I was fortunate to be one of those selected to work there, I researching and writing the Stegner chapters in the book.  Including the climactic chapter, where, during a major prairie thunderstorm, I found the truth of George R. Stewart’s life and work.

Grateful for Page’s help with the book, I am as grateful for his work on the Stegner House program. 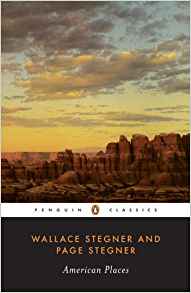 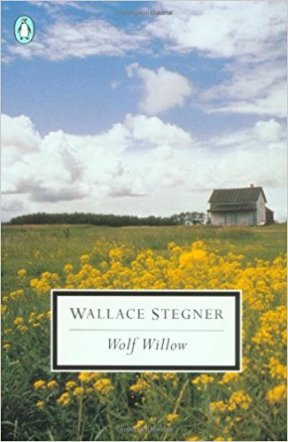 3 thoughts on “Page Stegner Has Passed Away”