Earth Abides, George R. Stewart’s great classic – in 20 languages now, and never out of print in 77 years –  thanks to Alan Ligda, who published the book for a few years through his Hermes Press when the Trade publisher dropped it and thus kept it in print until the Trade publisher realized its mistake  – is long overdue for film treatment.

In the old days of movie-making, before computers and computer graphics, it would have been nearly impossible to film.  But today, when The Martian can re-create a believable long-distance shot of the Martian surface with a few layers of computer graphics, the post-apocalyptic Earth of Stewart’s novel would be easy to re-create.

Today long films based on several linked novels – think Lord of the Rings – make it possible to film long and complex books like Earth Abides.  EA, with its three sections (each in fact a novella) and its shorter interchapters between the three, could be filmed in a three part or five part version.

And Stewart’s Greek Chorus of observations, the beautiful bits of poetic prose set in italics which filter through the text,  would work as well with a viewing audience as they do with a readership, to help them see Stewart’s overview of events.

So it is with great interest I hear rumors of a plan to film Earth Abides as a mini-series.  A mini-series, it seems to me, is not as worthy of the book as a film or films would be; but remember that Lord of the Rings went through several anemic visualizations before Jackson made his mighty epic. So an Earth Abides mini-series would be a start; and if properly done, a fine start. It would certainly expand the fan base; and in so doing, eventually lead to an audience for a feature film or films.

IMDB has announced the mini-series plan.  There’s no detail about the series, but the public IMDB pages let us know it’s being considered.

Without giving away any secrets, I can confirm that another source has indicated the truth of the project.  No more details than are on the IMDB page, but one small slight confirmation of the interest by filmmakers, and their first steps to make it so. 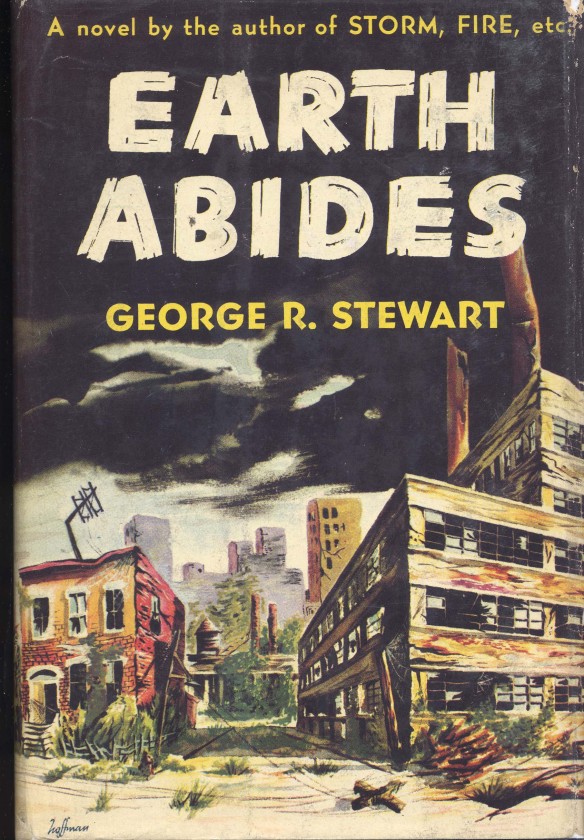 18 thoughts on “Will EARTH ABIDES be filmed?”